The influencer auditing tool above lets you check a variety of metrics:

The audit will also show you the influencer's location and whether there is contact details available (find that info under the profile image). You can also see the date the data was last updated. For fresh data just click the signup button. Thanks for using this sample tool and please let us know if you have any questions or feedback!

PS: If you link to this tool in your blog or website, please send us the page! We'd be happy to support you by sharing your content. 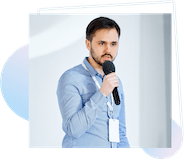 We're working with hundreds of influencers globally. Modash is our go-to for verifying Instagram influencers' accounts at scale.
Mykhailo at Bolt

Why we built this free fake follower checker

Modash is a platform that helps brands find and audit instagram influencers all over the world. This is a small free preview of our tool and you can use it to audit instagram profiles and get quick insights into their stats.

After we launched studies that identified millions of fake followers in countries all over the world, we wanted to help others check for fake followers and other stats whenever they work with instagram creators.

For more comprehensive data and an influencer discovery that will knock your socks off, try the full version.

How to spot fake followers

If you want to check for fake Instagram followers, one of the first things you can do is to check some of their followers’ pages. When doing so, here are some potential signs of fake followers to look out for.

Visiting a follower’s page can tell you a lot right off the bat. A fake account may have missing or limited details in their profile. Their images & posts may not have real people in (or they may be generic stock images). Fake accounts may also be missing a bio, a random gibberish name, and have little or no posts.

It’s possible to use fake followers to add comments to a creator’s post, which artificially inflates the influencer’s engagement rate. Comments from fake profiles are usually identifiable by lots of repetitive generic or irrelevant comments. For example “Great post!”, “Awesome”, or “Nice picture”.

If a profile has a high percentage of fake followers who aren’t engaging with content, then engagement rates might be lower than expected. It’s difficult to provide benchmarks, since every niche and every creator is different. That said, engagement rates in the range of 1-3% would be considered normal. Anything higher is generally good, but you’ll learn more by comparing similar creators with similar audiences.

If a creator has bought fake followers, there’s usually a clear spike in follower growth, followed by quieter flat periods. Most genuine influencers will have a more consistent follower growth rate over time, perhaps accelerating as they gain popularity.

Of course it’s possible for an influencer to go viral and grow quickly, but the growth trend over the long-term is still likely to be more consistent. Not a quick spike & instant drop afterwards, as with buying fake followers.

You can learn a lot about a creator’s audience by manually reviewing followers. That becomes difficult with thousands of followers though, and impossible to do for lots of creators at scale. That’s why we created this tool; you can bulk-check lots of influencer accounts for fake followers in seconds.

What is a fake follower?

A fake follower is any account created for a reason other than normal Instagram use. This can be to inflate likes or followers, spam other users or collect data on other Instagram accounts. They are not your target customers.

How can you tell if an influencer has fake followers?

There are various signs such as missing or limited profile information, irrelevant or spammy comments, and unusual engagement patterns. Modash’s fake follower tool scores profiles based on a number of criteria; those that score below the threshold are considered fake.

Every profile is different. Profiles with larger numbers of followers typically have a higher percentage compared to smaller profiles. Typically, anything above 25% could be a sign of fraud.

Should I work with influencers who have fake followers?

All influencers have some fake followers. Focus on the number of real followers in your target audience.If you find a creator with 25% fake followers, this alone is not enough information to make a decision. That same creator could have 500,000 followers, 75% of them are in your target city, age group and gender and with a good engagement rate.